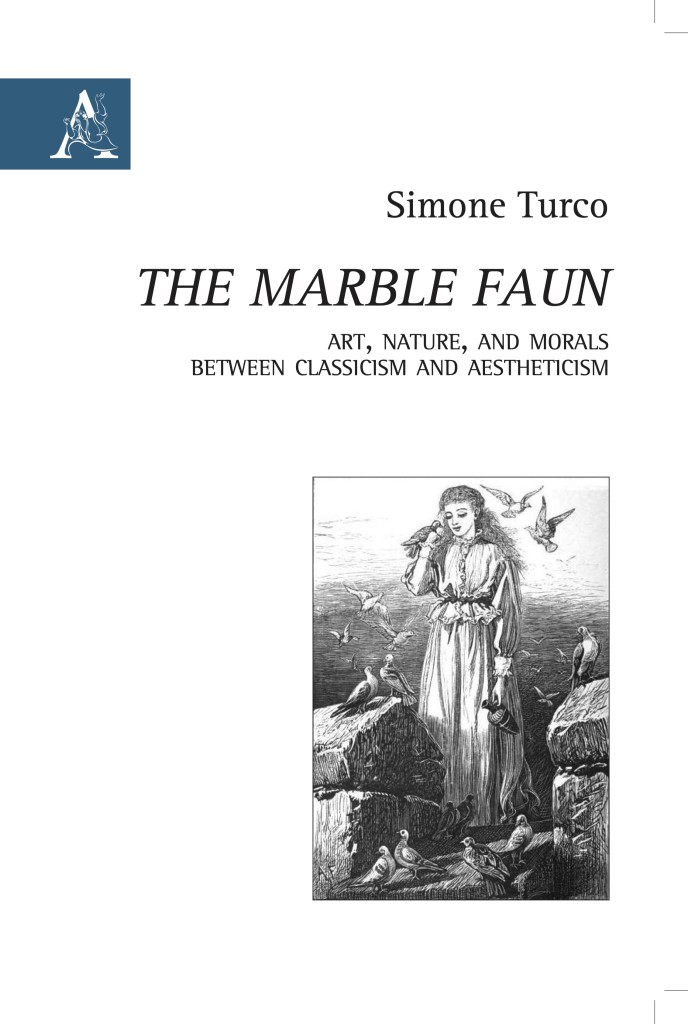 Simone Turco, The Marble Faun. Art, Nature, and Morals between Classicism and Aestheticism

Although usually not viewed in this light, The Marble Faun (1860) seems to be forerunning, through Hawthorne’s figurative and narratorial style, part of the reflection on the superiority of art over morals and order, of form over substance, which would be especially rampant up to the 1890s. Above all, the novel shows a fluctuation between two ways of looking at the world, which partly reflects the evolution of Hawthorne’s psychology from an order-oriented inclination to a more aestheticized mentality. The purpose of this book is, therefore, to investigate the creative spurs that originated The Marble Faun, underline its pivotal role in Hawthorne’s shift from moralistic to more aesthetics-oriented positions, and show how the novel may be used as a key to understanding the cultural tensions generally underlying the aesthetic process, according to a pattern that moves from Classical principles and is here studied in a comparative perspective.